Nikon’s 35mm 1.8 DX (actually called the AF-S DX NIKKOR 35 MM 1:1,8G) is certainly one of the most-loved lenses on DX (i.e. cropped) DSLRs. It is well built, provides high aperture capabilities, produces some amazing quality images, and is very affordable at roughly €200. This is exactly why the 35mm 1.8 is one the first lenses everyone buys (or at least should buy).

On the FX (i.e. full-frame) side of things there is an alternative. However, Nikon’s 35mm 1.8G ED clocks in at little over €500 - more than double the price of the DX version. This lens is - as you can expect - superb, but that’s all I will be saying about it in this post.

Naturally, given the price point, many people think about using the DX version on an FX body. Since I have both things lying around, I tried to give it a shot.

In DX-mode, basically dumbing down the sensor to the cropped size, the lens works perfectly well. However, since the image gets cropped, we end up with a much smaller file in terms of resolution. This way, for example, a D610 with a 24 megapixel sensor will only produce 10 megapixel images.

Therefore, it is much more interesting to use the lens in FX mode.

The biggest issue with this combination is vignetting. As you can see in the example below, as soon as you stop down, some serious vignetting becomes visible. While at f/1.8 and f/2.8 there already is some (possibly fixable) vignetting, at f/5.0 you can clearly see the barrel of the lens. The lens hood doesn’t make any difference regarding the vignetting. 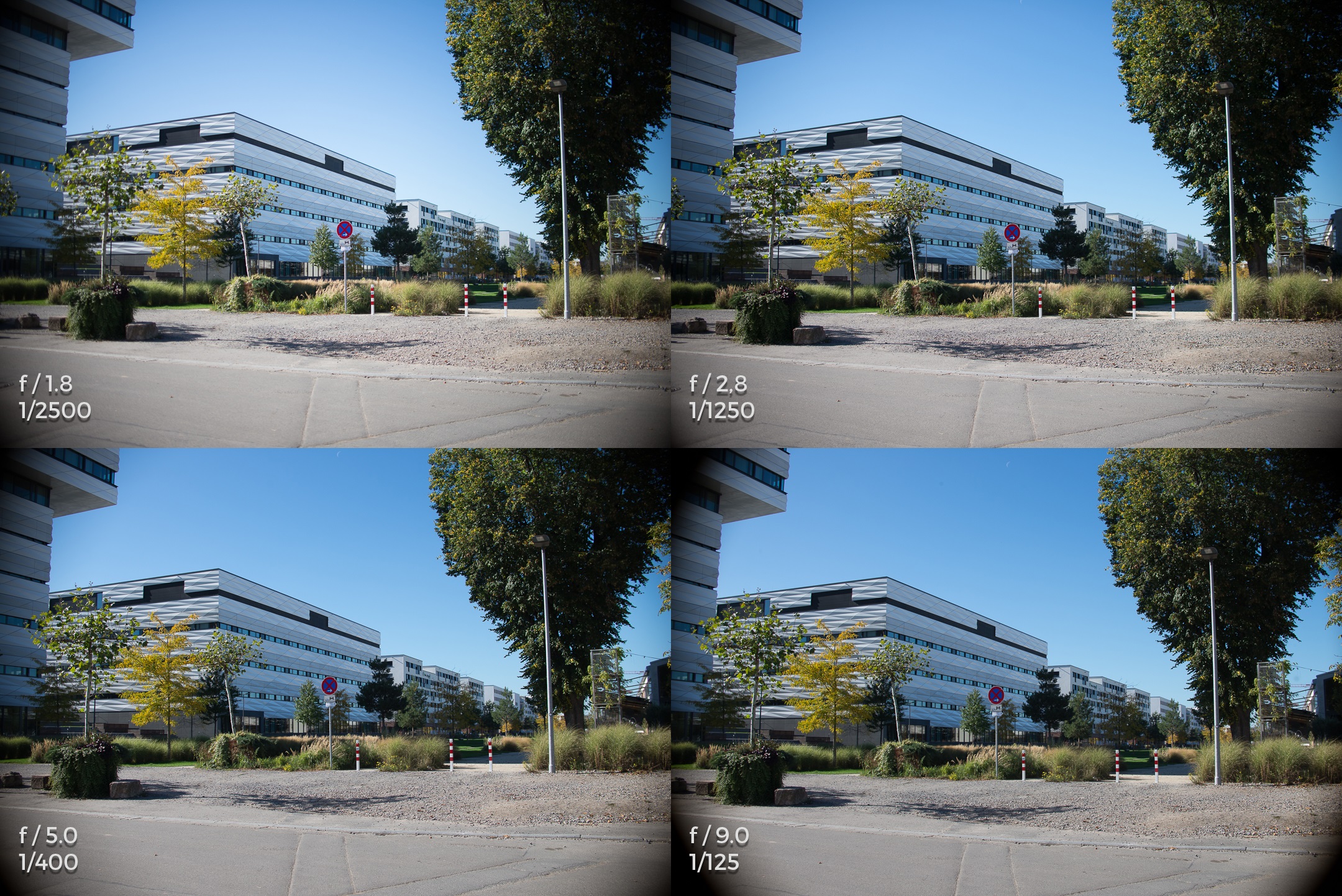 Similarly, edge sharpness suffers in this scenario. Overall, the lens stays very sharp on FX though. If you are primarily using the middle area of the lens anyway, you’re good!

I also realized that my D610 has (more than usual) trouble with metering using this lens. I did not test this thoroughly, but I consistently had to slightly adjust the exposure. In matrix metering mode, it tended to underexpose by about half a stop. But again, this is not really an issue considering this is a 5 second thing in Lightroom…

All in all, the smaller 35mm 1.8 works better on FX than I had expected. It behaves a bit differently if used on FX, but creates a fairly unique look. If you are someone who tends to add vignetting anyway, you are going to love this! Having said this, the FX 35mm 1.8 has some distinct advantages (e.g. it’s superior build quality, sharpness, and color rendition) over it’s little brother/sister. If you can afford it, use the FX one, if not, don’t worry about it and keep shooting!