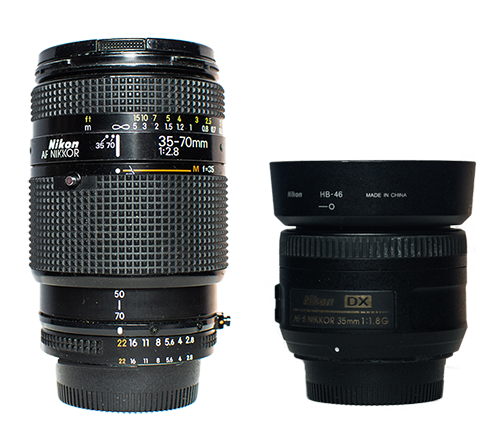 Nikon has never (well, for a very long time) changed its camera mount (the F-Mount). This way, old lenses can still be used on newer cameras with relative ease. This is not only interesting because some of the older lenses are really great and extremely sturdy, but also because often the older lenses are fairly cheap to buy.

One of these lenses is the Nikkor 35-70 2.8 one of the predecessors of the beloved 24-70 2.8 (Ken Rockwell has some very detailed information on the lens). Within its class it was the best of the best. Considering Nikon’s lineup, the 35-70 2.8 was one the first widely adopted zoom lenses with a 2.8 aperture. It got not only famous for its sharpness or built-quality, but also because it just was (and is) and incredibly useful lens for many types of photography. Of course, by today’s standards, the 35-70mm focal range seems rather limiting. Nevertheless, you would you be fine in most common situations. At 35mm it’s wide enough for some environmental shots and at 70mm it could definitely be used a decent portrait lens. 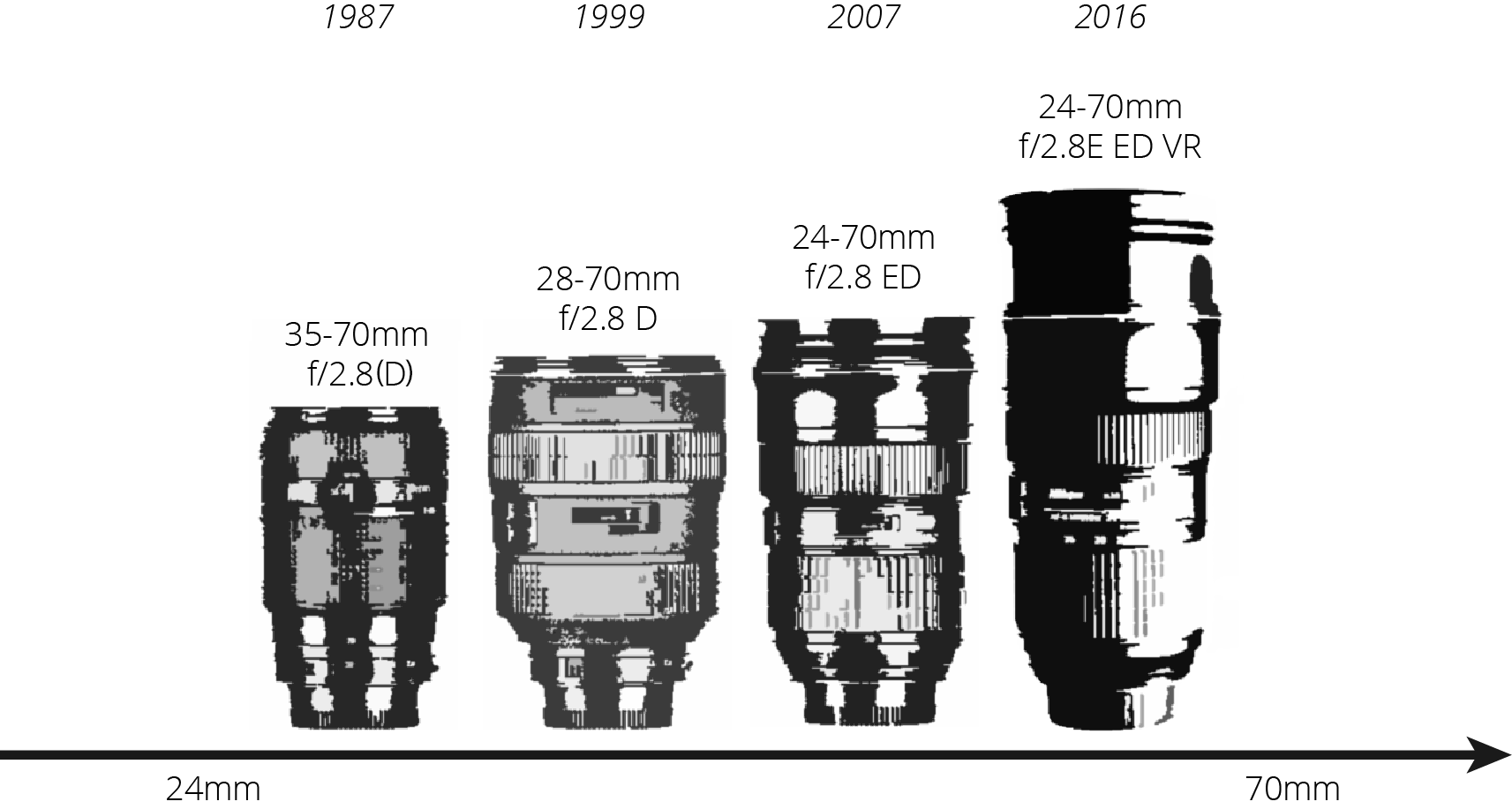 However, as time passed, the lens also became famous for a problem with one of the materials (glue) used in it that leads to delamination. Many of the 35-70 2.8s that are still in existence are hazy - one, sometimes multiple, of the inner elements seems really fogged up and if you look through the viewfinder, the world around you looks somewhat dull. While these damaged lenses work, image quality is definitely impacted. We’re going to talk about this in a minute…

We (I) Want My Things to be Perfect

As my copy of the lens developed this issue, I immediately sent it out to Nikon (my trusted Nikon Service Point Frankfurt to be precise) for them to repair and clean it.

I was willing to pay the price even though I don’t use the lens too often. Why? Well, because firstly I do really love the lens for its optical qualities and the amount of flexibility it provides me given its rather small size. Secondly, and this is hard to admit, I did it because I don’t like my things, especially when it comes to equipment and tools, to be broken or in imperfect shape.

I, and probably also we, want our things to be perfect and well-functioning. Without wanting to start a discussion about what constitutes perfection or ontological questions in general (which certainly would be very interesting), I propose that many people have felt the weird anxiety that is attached to things that are not performing exactly as they are intended to do.

I’m not talking about things that function differently because we want them to do so (that would undermine the whole idea of hacking things) or the things we specifically value for being imperfect or unique. I’m specifically talking about things that are supposed to work in their intended way. With these things, once they become imperfect, we tend to replace them and hence restore our peace of mind.

However, now the problem of defining the terms working and/or functioning arises. In a strictly digital (or binary) sense this is fairly straightforward. Something is either working, i.e. doing what it is supposed to do, or it is not. A lightbulb (or LED) is either illuminating a certain space or it is not. A server is either providing data to its clients or it is not. Of course, the real world is more complicated - a lightbulb could flicker, and a server could also only transfer partial data.

Another great example, and here we come back to our lens, are digital cameras. Even though a digital camera has many ‘digital compenents’, it still fundamentally is an optical device. Optical devices, like many other non-digital things, are usually neither perfect (a One) nor absolutely broken (a Zero). Obviously they can be, but usually their status, much to our discomfort, is in a rather indescribable state.

The particular lens I was talking about has 15 optimal elements, one of which is severely impacted by delamination - it is hazy. This, however, does not make the lens precisely 1/15th worse. It has some effect on the images themselves (in general, they are less crisp in terms of sharpness and have less contrast) and on the optical performance in terms of chromatic aberrations and flaring. However, the extent to which these problems occur is extremely variable and depended on the situation.

For Nikon, without blaming them for it, this is a much clearer issue. After some technicians in Frankfurt and Cologne (they are the ones handling the really old lenses) inspected the lens they decided it is broken beyond repair.

They simply offered me to dispose of the lense free of charge. I declined.

How Is It Performing?

After some more days and paying for shipping, I received my broken lens back. They had cleaned it, but the hazyness, obviously, was still there. Having had some time to think, I decided to approach this broken piece of equipment as if this was its ‘natural’, perfect, state. Without considering the fact that similar lenses might perform better, I wanted to figure out what this old lens was able to do for me.

In terms of handling, the lens works exactly as intended by its makers. It’s sturdy, it’s trustworthy, and after getting used to the push-pull zoom is works like a charm. It’s size, compared to the newer iterations, could be also be considered as a plus. The focus ring is very smooth and extremely precise - this also makes this lens very interesting for video production and focus pulling in particular.

The aperture can either be set manually (click-style) or automatically by the camera. This worked perfectly, even with very recent camera bodies. The only downside is the slightly hazed up view through the viewfinder. While during the day this is purely somewhat strange, in low-light situations this makes it even harder to find focus and to frame correctly.

The auto focus is driven by the in-camera focus motor (hence, this lens’ AF will not work on the low-end bodies). This results in a much slower and louder focusing process compared to modern-day silent-wave-motors. This being said, the auto focus works fine and is also reasonably fast. A sports or wildlife photographer wouldn’t be very happy with it, but it does what it is supposed to do.

Most importantly, image quality is a more complicated issue. As can be seen in the image below, after some slight editing (pushing the contrast up and dehazing a little in Lighroom) the lens produces some very decent images. The details are there, the images are reasonably sharp (especially since these older lenses aren’t optimized for high megapixel sensors at all, but for film), and the color rendition as well as the contrast is more than acceptable albeit worse than on a ‘clean’ version of the lens.Stopping down, let’s say to f/4.0, further helps with sharpness and generally increases image quality.

So far, as it seems, the hazing problem can be mostly fixed in post. Without post-processing, as can be seen in the first image of the 35mm, the results are a bit dull and lack contrast as well as ‘crispness’. 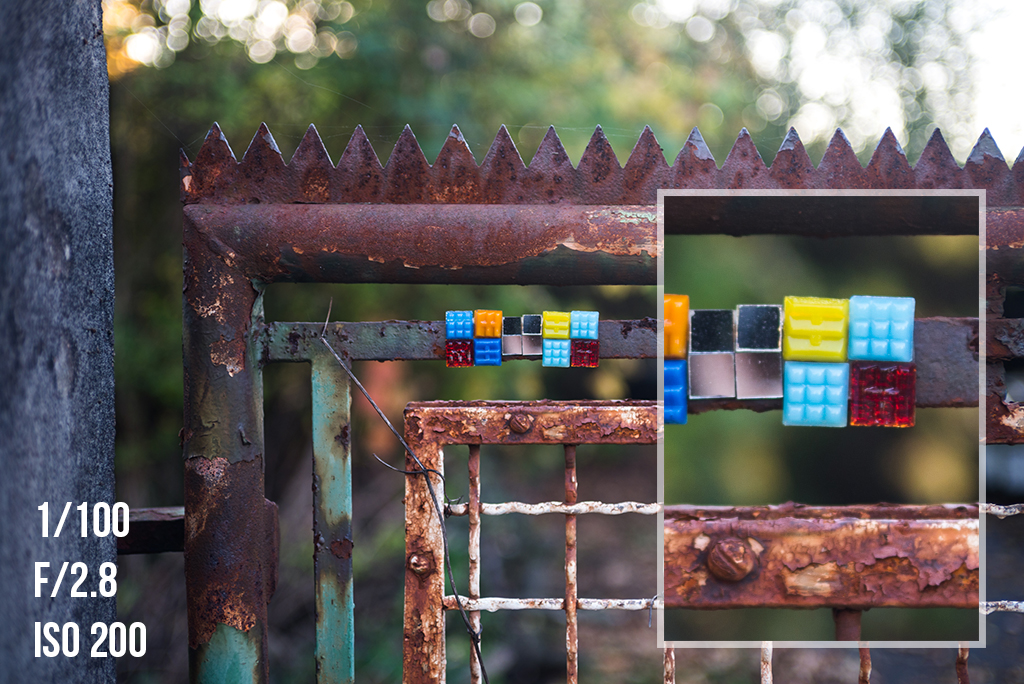 However, based on my experience with this lens only, the biggest issue is the variance and unpredictability in different situations. In certain situations, for example when shooting towards the sun, the hazing issues seem to be much more prominent than under different circumstances.

While the 35-70 2.8 is known to have problems with flaring and chromatic aberrations, these also seem to have increased in basically all situations. Also, compared to when the lens wasn’t fogged up, I tend to loose roughly half a stop of light. This, in adddition to the viewfinder issue, renders this lens to be very challenging in low-light scenarios.

Put simply, the lens produces some great results given enough time and muse to figure out its peculiarities. Unfortunately, the hazing doesn’t add anything artsy to the images - I can’t talk away the fact that now this particular lens is simply less functional than in its mint shape.

On the other hand, I still very much like it as a flexible walk-around lens for when it doesn’t matter wheter all of the images turn out perfectly. It’s really fun to shoot and it produces images with which I can happily live any day. Would I shoot a wedding with this? Not if I didn’t have to, but it probably would work out just fine.

This particular lens does what a lens is supposed to do - it focuses, it renders (good) images, and all of its core features are working properly. At the same time, it does this differently - actually worse - than other ones of its kind.

Is this a deal breaker? Not really, especially considering the fact that none of my lenses (such as the tiny 35mm 1.8 above) are necessarily the best of their production lot. For me, the lens is worthwhile and, given that I am the only one using it, this must be enough to consider it functional.