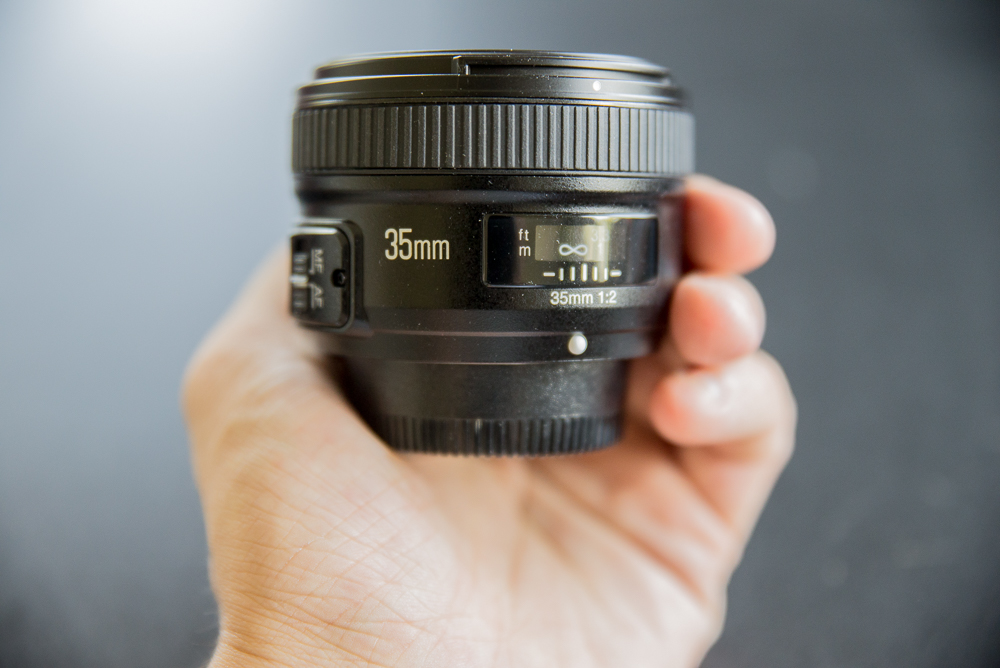 YONGNUO, a photography equipment company based in Shenzhen, is best known for their various flashes (e.g. the YN560) which offer (at least in my opinion) outstanding value for money. This makes YOGNUO an ideal go-to option for many photographers who want to save money on flashes and flash equipment.

However, besides flashes and other accessories, they are also selling (cheap) lenses for both Canon and Nikon. One particularly interesting option is the Yongnuo 35mm f/2.0, a lens modeled after the now discontinued Canon EF 35mm f/2.

Since I love the 35mm focal range, I decided to give the lens a go. For convenience sake, I bought the Nikon version (F-Mount) for €109 on Amazon. However, they are available from €75 onwards if you look in the right places.

Before going into this quick review, I wanted to highlight that the Nikon version of the lens is quite different from the Canon one. While the Nikon model looks and feels like a copy of the rather well-built Nikon Nikkor 50mm f/1.8 G, the Canon version looks and feels like the plastic nifty-fifty and is missing both the internal focus mechanism and the range indicator.

The lens comes in a nice little box that clearly reminds one of those nice golden Nikon boxes. Aside from the lens itself (and its lens caps), there’s a sweet little pouch. The pouch, just as the box, is clearly reminiscent of the standard Nikon accessories.

Overall, there’s really nothing to complain about. A lens hood would’ve been great, but that’s an easy fix. For example, Nikon’s HB-47 fits, given some light vignetting when stopped down, perfectly. 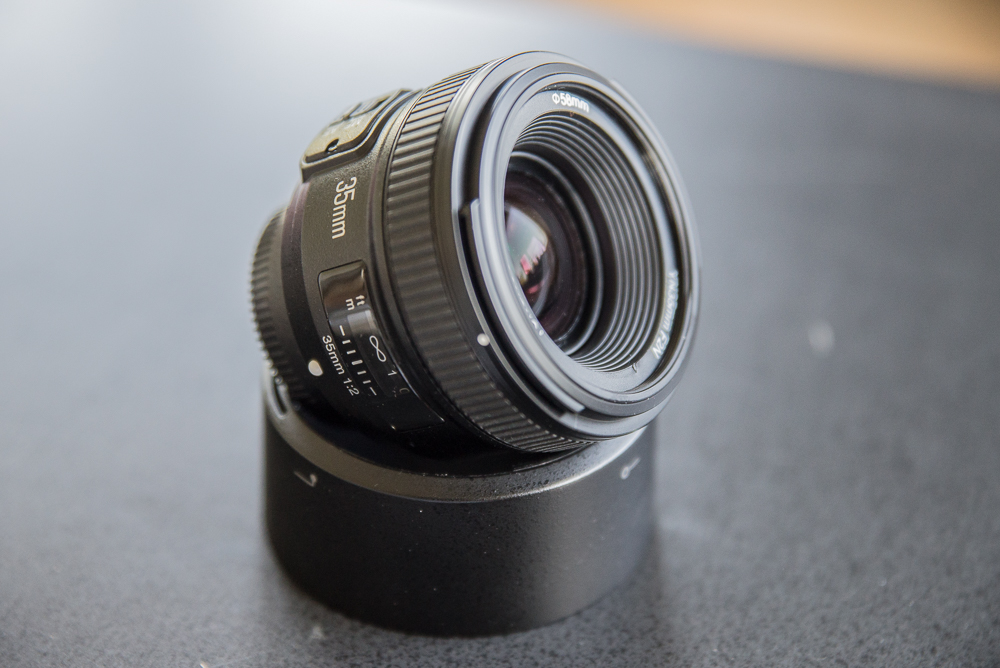 Given the price of this lens, I’m seriously impressed by its build quality. The lens is made from very good quality plastic and has a solid metal mount. It also has a 58mm thread and all the facilities for filters and a lens hood.

The focus ring, smooth and firm, does its job. However, while the MF/AF-switch looks like the real deal, it’s a fairly cheap switch which feels a bit flimsy. Other than that the lens, in terms of outer construction, is best described as similar to the Nikon Nikkor 50mm f/1.8 G.

I can’t say much about the internal mechanics (and optics), but considering that there’s a weight difference to original Nikkor lenses of similar size, there’s probably something going on. So far, my only real concern, although I have no data for it, is the long-term reliability of the focus motor.

The autofocus, judging from the sound, relies on an ‘old’ electric motor and not on a fancy silent-wave-motor as they can be found in Nikon’s lenses. On my Nikon D610, the focus is still reasonably quick and precise. There were only some instances in which there was some focus pumping. It’s definitely not suited for sports photography, but absolutely usable.

Overall, for the money, there’s nothing to complain about. It’s definitely produced cheaper than the original lenses, but you need to take a second look to spot these differences. Well, I wouldn’t use it in the rain, and I’m interested in its long-term durability.

If they put all the money into the housing of the lens, can we expect much from it optically?

Well, first of all, I’m not really going to compare this lens to any of the higher-end 35mm lenses (Nikon AF-S Nikkor 35mm f/1.8 G ED, Tamron SP35mm f/1.8 Di VC USD, Sigma 35mm f/1.4 DG HSM). They are about five times as expensive as the Yognuo one and serve a different purpose on the market.

The closest comparable thing, in my opinion, would be the excellent and much beloved Nikon Nikkor 35mm f/1.8 G DX. However, since one of them is a full-frame lens and the other is designed for crop cameras (DX), comparing these two is not easy. 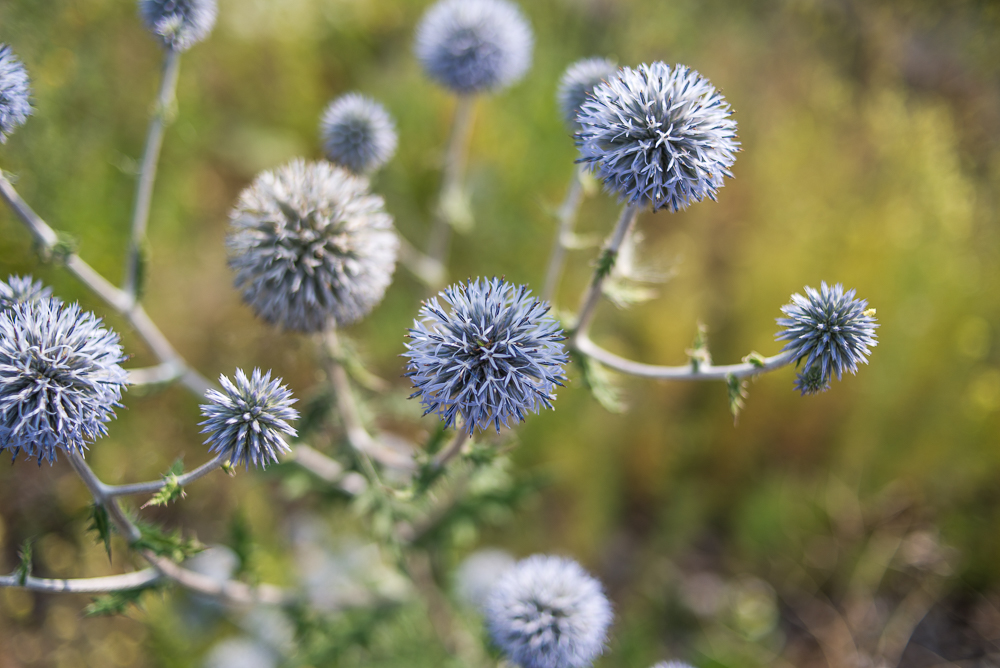 As you can see, the image quality of the Yognuo, at first glance, is not bad at all. It’s sharp in the middle, has good color rendition and the bokeh is acceptable. Nothing about the image quality is outstanding, but it does its job quite well.

There are, however, two issues. Firstly, as you see above (enlarged to 100%; pixel-peeping welcome), you need to stop the lens down quite a bit in order to get (super) crisp details. It’s perfectly usable at f/2.0, but zoomed into 100% you can see it has some issues (at least at such a high megapixel count). It’s not soft, but the details are obviously lacking a bit.

Secondly, there’s a quite drastic decline in sharpness towards the edges of the image. Interestingly, this makes for an interesting artistic effect that almost looks like a sharpness-vignette. 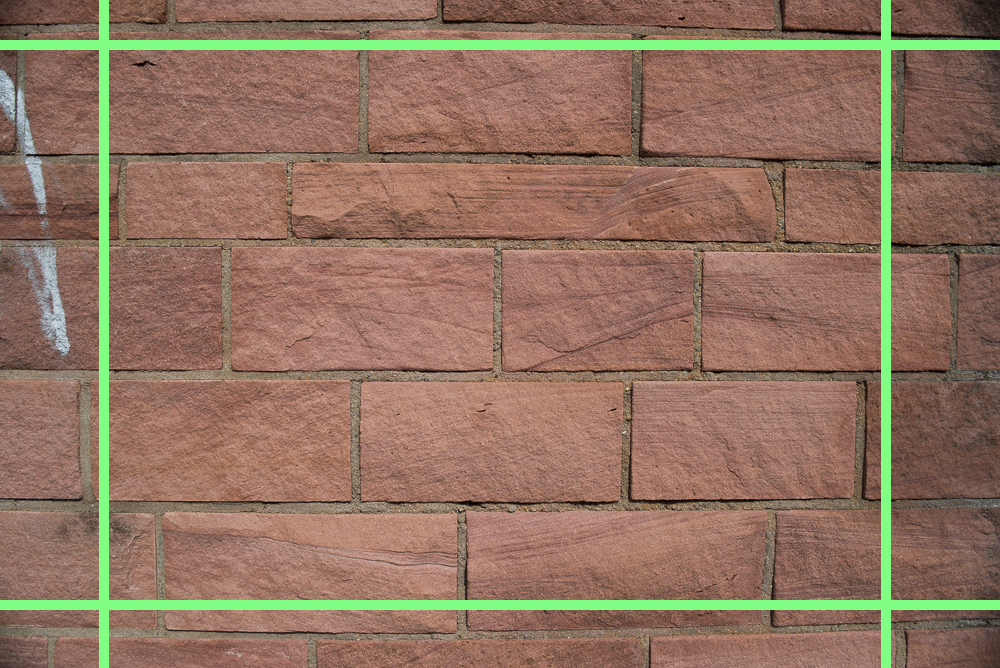 There’s some distortion in the images, but nothing major. If you wanted to, this could be fixed in Lightroom in a second. As of now, however, there’s no lens profile available for the Yongnuo.

Overall, the image quality of the Yognuo 35mm f/2.0 is impressive - given it’s only €100. It’s neither the sharpest lens in the world not does it give you a particularly lovely and unique look. That being said, for a hundred Euros you’ll get some decent image quality, even wide open.

Compared to the DX Nikkor (35mm f/1.8), the Yognuo can’t fully keep up. While, on first glance, the images look similar, Nikon’s little prime lens, except for the ‘minimalist’ (i.e. missing range indicator) design, just is outstanding in terms of both build and image quality.

Yongnuo’s lens, unfortunately, does not come with a lens hood. Personally, I’ve had good experiences with using Nikon’s HB-47, which is usually used with the Nikkor AF-S 50mm. The hood fits fairly well and there’s only very little vignetting at close distances. However, as someone in the comments has pointed out, there’s more noticeable vignetting near infinity.

Below you can see two example shots of the Yongnuo 35mm with a HB-47 attached. It seems to work well at both f/2.0 and f/5.6 with close distances.

As I’ve said before, I’m really impressed with what Yognuo can provide for just €100. The lens is reasonably well built, has decent image quality, and is fun to use.

I see three use-cases for this particular lens. This could be a great first prime lens for someone who wants to figure out whether primes are the right choice. Nevertheless, for just a hundred Euros more, you could get the awesome 50mm f/1.8 G from Nikon. Also, this lens could work great as a light everyday carry lens. Its compactness and lightness, even compared to some of Nikon’s primes, make this lens truly interesting. Lastly, this could be an early (regarding gear progression) full-frame replacement for the 35mm f/1.8 DX which has some issues on full-frame bodies.

Put simply: If you like the 35mm look, go ahead! It’s definitely worth its money!

I’ll carry it around with me and see how it performs both under stress and in the long-run.